Youth, Employment and Migration in Mogadishu, Kismayo and Baidoa

By NAYD SOMALIA - April 04, 2017
This research project aims to study the relationship between youth, employment and migration, looking at three main questions:

1) Who constitutes the youth workforce in Somalia, and are these young people satisfied with their situation?

2) How can the economic situation of dissatisfied youth be explained: is the source of the problem structural (not enough demand), or does it result from frictions within the labour market? Can youth create their own job opportunities through entrepreneurship?

3) Does dissatisfaction with occupation and level of income, along with difficulties to navigate the job market, alone explain irregular migration amongst youth? 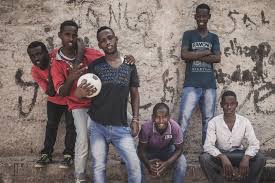 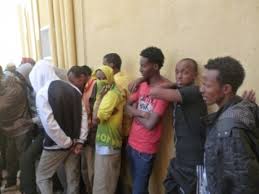 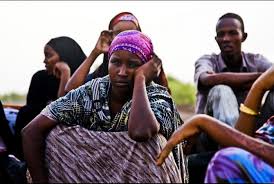 Nearly a third of the youth surveyed (33.7%) defined themselves as with a job, but they are usually in a situation of underemployment. These jobs are often part-time/occasional (35%) and nearly half of the employed youth (42%) have at least two simultaneous occupations. Uneducated youth, in particular IDPs, are the most affected by this issue. The average level of income for youth with an occupation is USD 190 per month.

The majority of youth who have finished their studies are not satisfied with their current situation. They are discontent with their level of education (55%) and their current occupation (68%). They wish to be more educated and to have a trade (49%) or to be working with an NGO (23%). Many also expressed dissatisfaction with their salary, stating that they would need three times their current salary to meet all of their expenses – USD 520 per month on average. The majority of the youth feel that finding a more satisfactory job (80.5%) and earning a more satisfactory salary (76%) is possible in Somalia (as opposed to looking for it abroad).

THE EMPLOYMENT MARKET FOR YOUTH

The Somali economy has shown positive development over the last three years, since the end of Al Shabaab’s (AS’s) occupation of the main cities and the establishment of a government authority in Mogadishu. Companies have opened or reopened, and several private actors called this period a “revival”. This economy is very much oriented toward the construction sector (building and rebuilding infrastructure) and retail (answering primary needs). Other basic services, such as electricity, waste management and water, are becoming more widespread.

Nearly all of the employers surveyed were interested in hiring more staff in the middle term, from private sector actors to local non-governmental organizations (LNGOs) expecting more funding. Their optimism has not been translated into immediate waves of recruitments; it does not amount to an increase in labour opportunities in the immediate term, but it still bodes well for the future.
Interviews with private sector actors and youth revealed an increasing demand for educated staff, even for low-level jobs. In a competitive environment, Somalis with no education find themselves at a great disadvantage, and this tendency in turn effects a significant segment of the youth population that has not had the opportunity to go to school.

Small companies, which are the most common type of company in Somalia, do not advertise jobs and rely on relatives, close friends and clan elders to identify candidates. Insecurity and a general distrust of people from a different clan justify this practice in the eyes of company owners. Interviews with employers revealed very favourable perceptions of young applicants; but the preference for people from the same clan and the politicization of recruitments in the public sector appear to create bias in the selection process. Women experience additional challenges compared with their male counterparts when applying for a job.

A large majority of youth (67%) expressed interest in starting a company. Youth in Baidoa (76%) appear even more interested than in Kismayo (59%) and Mogadishu (67%), which may be due to higher unemployment in Baidoa and a more open environment for new businesses. Youth described lack of financial resources as the main obstacle to starting a company: nearly all of the young people (91%) interested in business stated that funding problems hamper their progress in the field.

All of the youth interviewed have heard of irregular migration (tahreeb), and nearly all of them know someone who has left Somalia without papers. As in many other countries in sub-Saharan Africa, migrants aspire to better conditions, and they head to different destinations based on their financial situation and the objective of their journey. The typical aspiring migrant is a man or a woman usually under 25 who lives in Mogadishu. He or she is single, with an intermediary level of education. Notably, students, and not the unemployed, constituted the group to most readily express their interest in migrating.

Economic factors are the main reasons for youth to migrate, and respondents talked about the prospect of “finding a better job” as a primary motivation to leave (nearly half of the respondents with an interest in migrating), followed by the motivation to simply “find a job”. This confirms that unemployment is not always the main factor of departure, but that many aspiring migrants are simply motivated by better prospects and higher and more regular revenues than what they have now or can aspire to in Somalia.

The second most widespread push factor is insecurity, and this constitutes a specificity of Somalia compared to other sub-Saharan countries at peace. The lack of security may not be the primary driver of migration, but it often constitutes the tipping point: 27 per cent of the non-migrants who have thought about leaving reported that this is the one factor that could finally cause them to leave.

The price of irregular migration appears as the first obstacle to migration: there is a general agreement that leaving irregularly is expensive (90%). This means that the people who migrate irregularly are not the most vulnerable but that youth who have been able to save money or gathered support from their family in Somalia or abroad are. Many of the respondents also convened that irregular migration roads are too risky: 90 per cent of the interviewees reported that migrating is dangerous to very dangerous.

the resource from IOM Somalia

By NAYD SOMALIA - February 22, 2012
People recalled that there have been some 20 international conferences on Somalia since the collapse of central authority in 1991, and that they have achieved very little. Not another big, expensive talking shop, many Somali-watchers thought. But since then, there are a couple of signs that this one might be different. So everyone is free to image his view about critical and ongoing problem of Somalia and the outcome of this conference?????????????????????? We need your comments Thanks nayd@yahoogroups.com